Most of this page has been public since 2019.
In the wee hours this morning I heard the terrible news
and rushed to update and share it with you.
I'm heartbroken, surely joining so many others.
I've already added some more, and more will certainly follow.
- Fred    July 11, 2021

1969
I met Byron at Ft. Polk while we were both in the Army.
Occasionally I'd visit Byron and Bette in their off-post house.
Bette would make a dinner. Byron and I would trade stories, listen
to his tapes, and if I got up the nerve, pick with him a little bit.

Soon I went with Byron on an historic music weekend to Alexandria and
Baton Rouge, meeting the Stone Mtn. Boys and Allen Shelton...


Byron was a great sport. That resulted in my treasured photo,
which has to be a unique one of this super fiddler!

1970
The day after I returned from Vietnam, I went to visit Byron in L.A.
We partied, went to Roger Bush's overnite, partied some more,
and headed to Las Vegas to see Dillard & The Expedition with Kay Starr.

1973
I went back to L.A. to hang out with Byron, travel around,
relax at home, drink a few beers, and copy his tapes. 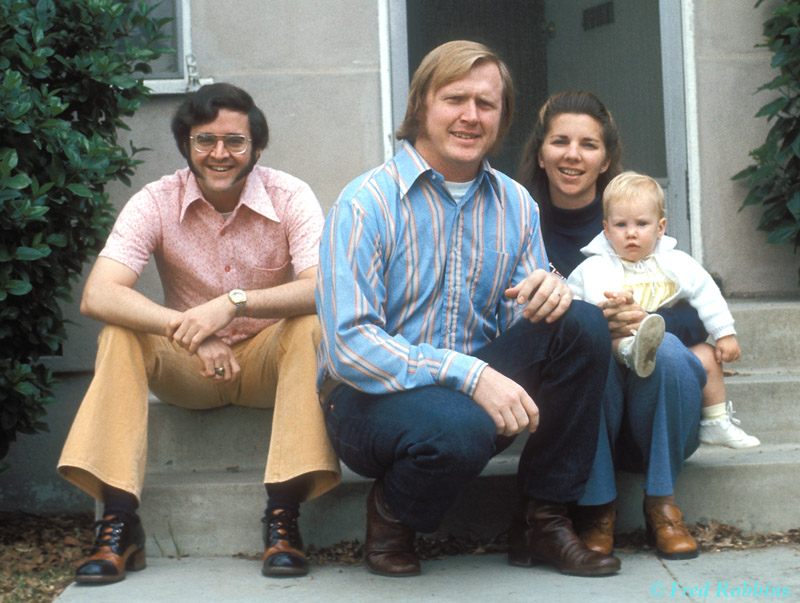 One night we went to a bar where Byron jammed with Buddy Emmons on pedal steel
and one of the Everly Brothers (Byron thought it was Phil)!
Very sorry I had no camera or tape recorder, but I did capture a lot of jamming at the house...

Later that year, Byron and Country Gazette came to the Warrenton, Va. Festival.
My buddy Jim Davis and I flew down from NY in his Cessna 172.
Country Gazette met us at the airport!

I made lots of recordings with a cheap little Sony piano-key cassette recorder.
You can listen to them all...

One of them is my alltime favorite treasured field recording, loaded with superstars!

19??
Some long time ago. Byron gave me this recording
from when he was with Bill Monroe...

1987
Byron appeared in a first-season episode of Star Trek The Next Generation.
The crew was having dreams about what they really wanted to be doing.

Byron tells the story on

1992
Byron and California came to the Winterhawk Festival.

2010
I was talking to Hudson Valley Bluegrass Association's Lynn Lipton and
mentioned Byron would be in NYC for a Mark O'Connor fiddle workshop. Lynn wondered
if Byron would do one for the HVBA. I emailed him and almost immediately he said yes!

He also did a concert with our members.


Sunday, we had lunch before I took him to the airport.

At Newark Airport, Someone yelled out his name.
It was Tex Logan's daughter Jody, picking up her dad.
I got to meet another of my inspirations, who graciously posed. 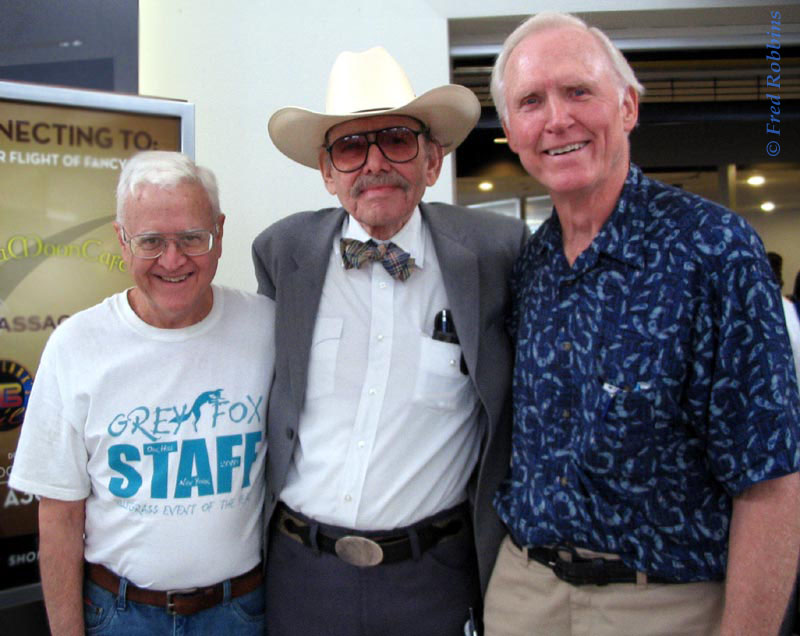 Of course, Jody recognized Byron, but I was gratified when she told me
the first thing she saw was my Grey Fox T-shirt!

Around that time, I had the honor of working with Byron's autobiography co-author
Jane Frost to contribute stories from the Ft. Polk army era.

Ever since then, I've been in constant contact with Byron,
including the release of his last project of 3 CDs...
Select to see more

(opens a new tab/window) For Those Who Don't Know

I have been so blessed with a half-century-plus friendship with Byron and Bette.
And that goes well beyond the unbelievable bluegrass experiences that have resulted.
-Fred